Our Stories / HR Major Finishes 5-year-journey With The College

Graduate completed ELL, Academic Upgrading, and her HR Major all at the College.

Sandra Mabel Velandia Lopez says her journey to convocation from Bow Valley College is like a soccer game. She has scored the point, but there have been many people behind her helping her get to the net.

“It’s not only my achievement,” says the graduate of the Business Administration Diploma - Human Resources Major.

She notes that her husband, her daughters (17 and 12), her parents, her friends, and her instructors have all helped her reach this goal.

Sandra and her family left their home of Bogotà, Colombia, in 2011 for Montreal, and two years later, moved to Calgary. “[When] we started to look for a job [in Montreal], the common question was, ‘Do you speak English?’”

Speaking only Spanish and French, Sandra and her husband decided to move to Calgary so they and their girls could learn English. Before starting ELL at Bow Valley College, Sandra spent three months going to the library almost four times a week to study English from the books there. By the time she started Language Instruction for Newcomers to Canada (LINC) in January 2014, she qualified for Level 3. The following year, she studied English for Academic Purposes, and the one after that, she completed Academic Upgrading.

Meanwhile, she was volunteering with Immigrant Services Calgary as well as here at the College. One of the volunteer activities she enjoyed best here was New Student Orientation. “I like to give [the new students] a really warm welcome,” she says. “You are at home here. You can [achieve] your dreams here.”

One of her volunteer efforts even lead to a job. When she found out that a bakery was throwing out its unsold bread at the end of the day, she started bringing that bread to her community. After doing this for two years, rain or shine, an individual from her community took notice, and invited her to apply to a job at Marshall’s. After applying, Sandra got the retail job. That was in 2016, at the same time she started Academic Upgrading.

In 2017, Sandra started her Business Administration Diploma - Human Resources Major. That same year, a family member of hers got into an accident. “It was really hard for me because I needed to be at the hospital with them three or four times a week,” she says. “Every time, in my backpack, were my books, my notebook, my pens, my laptop. Because while we were waiting for medical attention, I was doing my homework.”

Sandra was also taking care of her two daughters, cooking for them, doing laundry, and cleaning the house. During this time, she turned to the support of Learner Success Services at the College. “They helped me find the resources to support my family,” says Sandra.

Sandra never lost sight of her goal amidst this trying time. “I never quit my dream [of being] a Canadian professional,” she says.

In the classroom, Sandra maintained an open style of communication with her instructors. “I always asked them, ‘What are your expectations?’”

She says her experience in the Human Resources Major was “awesome,” because she had good teachers. She also formed study groups with her peers, often studying until 9 p.m. with them at the College, sharing their understanding of the content with one another.

Now that she has finished classes, Sandra continues to spend one hour a day working on her English writing and pronunciation.

When asked what her daughters think of her many accomplishments, she says they are so proud of her. “Because I started from scratch,” she says. “Now, I can communicate, I can read, I can write and I can make my life better here for them and for me.”

Her eldest daughter is coming to Bow Valley College in the near future.

Today, it’s Sandra’s moment to shine. Congratulations to her and the other 732 students that are graduating this morning and afternoon. 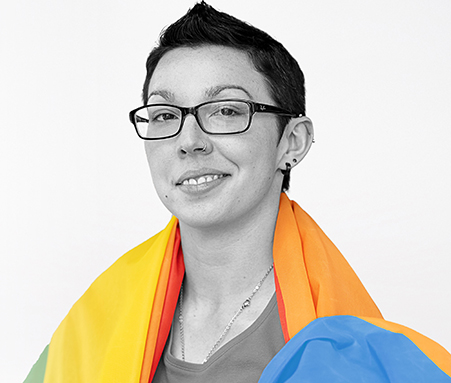 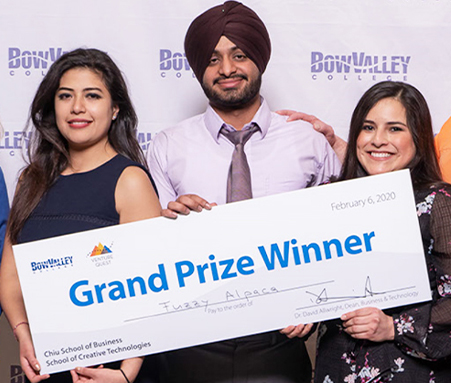