For Bell Let’s Talk Day, we sat down with three of Bow Valley College’s wellness ambassadors to talk about ending stigma and how mental health has affected them. The wellness ambassadors are part of the Wellness Ambassador Peer Support Program, which connects learners to one another to increase wellness and decrease stigma on campus. Ambassadors refer their peers to resources and help with mental health events such as open discussions and awareness activities.

Below, hear from our conversations with the three of them.

Alana has experienced difficulties with her mental health from the time she was a child as she was exposed to physical and emotional abuse. “That kicked off a negative mental health start for me. But it did teach me how to grow from it and learn how to really reach out to people,” says the Open Studies learner.

Alana was also told in her home that she couldn’t express her emotions or even cry. But she found trust in some friends that she could talk to, and at 13, turned to a counsellor who helped her find more resources.

More recently, she became a single parent after ending an abusive relationship. During that transition, she again reached out to her support network. “I believe now that I'm more mentally healthy than I have been in the past,” says Alana, who has a four-and-a-half-year-old son and a three-year-old daughter. “I feel like it's only because of the supports. It's when I was isolated, that's when it got the worst.”

She adds that if there’s an issue that comes up that she doesn’t feel comfortable talking to with a friend, she’ll call the Distress Centre to talk to someone in confidence and without judgment.

“I didn't want anyone to see me differently,” she says. “I was always known to be happy and involved in everything.”

However, when she did tell her family and friends, they assured her that’s it’s common and it’s couldn’t have been prevented.

She has learned though, that it doesn’t have to get the best of you. One of the ways she deals with her challenges is by going to the gym five days a week if she can. She also volunteers a lot. During her first two semesters at Bow Valley College, she says she volunteered for everything she could, which led to her being referred to the wellness ambassador position. “It’s been a really great experience,” she says of the role. “You share your stories, and realize that there's more people out there, and you become more comfortable with mental health issues that you have.”

Raegan, a second-year Social Work Diploma learner, says her most difficult struggle with mental health has been thinking she needed to deal with it on her own. “Even if I logically know that not everything can be dealt with on your own and that asking for help isn’t a sign of weakness, [that thinking pattern] still impacts my feelings that come up when I try to ask for help,” she says.

Raegan says it was coming to Bow Valley College that first challenged this belief of hers. “A lot of it was seeing the different things that the school tries to do to tell students that it is okay and that there are resources available,” she says.

She adds that the people around her, including her friends, classmates, and instructors, also pushed her to recognize that needing help isn’t a sign of weakness and that being able to ask for help shows a lot of strength. One of the first steps she took towards coping with her challenges was thanks to Lindsey Fiebig, a counsellor in Learner Success Services, when she spoke at an event Raegan attended. Lindsey said you shouldn’t feel apprehensive about talking to a counsellor because you aren’t obligated to commit to going on a regular basis. “I had held myself back from doing it because if I didn't like it, I didn't want to feel like that I had to keep going,” Raegan says. “[Now,] there was no reason to hold myself back.”

How are you feeling? With our Mental Health Check, you can screen your mental health. In a few minutes, answer a questionnaire, and at the end, we’ll present you with information and next steps. It’s anonymous and confidential.

Check up on your mental health 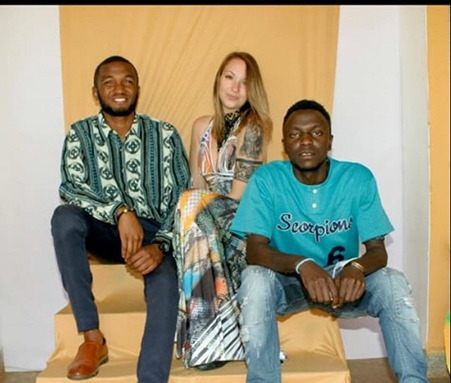 Apply to the International Youth Internship Program by February 11. 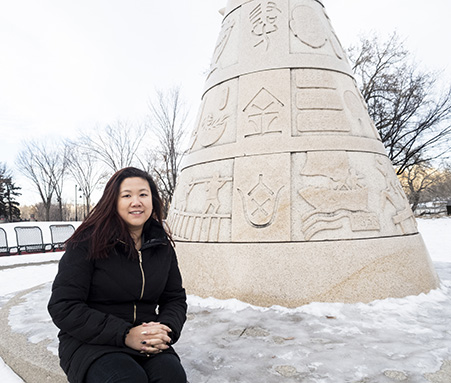