Our Stories / Proud of Our Diversity

Proud of Our Diversity

They shouted and waved banners, and distributed Bow Valley College-branded swag to the tens of thousands of supporters along the parade route, who shouted their support as the parade passed them.

For the fourth consecutive year, Bow Valley College’s participation in Pride Week was organized by Learner Success Services, in collaboration with the SABVC, and with participation from the SABVC Pride group.

For the first time, the Bow Valley College contingent included members of the alumni community.

The alumni who walked the parade route were unanimous in their enthusiastic backing of the event and the philosophy of inclusion and diversity.

Three years ago, Pride Parade was the first event in Calgary that Maricarmen Garcia Aguilar (Business Diploma, 2019) and her then boyfriend, Ricardo Casteñeda (HR Diploma, 2018) attended. Now married, they were excited to be there again.

“I’ve just graduated from Bow Valley College and going with all the students and staff sharing again this experience was amazing,” Maricarmen says. “As an international student I recommend to everyone to enjoy each experience available to you, like workshops, field trips, and volunteer opportunities.” Maricarmen reveled in the feeling of unity she felt from everyone in the Bow Valley College family walking in the parade, “sharing cheers and laughs.”

For Eric Gregorio (Business Administration Certificate, 2017), walking in the Pride parade was especially meaningful. He is part of the LGBTQ+ community.

“I am more than proud to represent the school in this year's Pride Parade, because Bow Valley College has actively participated in activities that promote inclusivity of all peoples regardless of gender, race, or sexual orientation,” he says.  “The highlight for me was seeing a lot of Calgarians lined up on both sides of the street to cheer on those in the parade. It was a surreal feeling. For that very moment I really felt the love and acceptance of everybody around me.”

“I have LGTBQ+ family members and close friends, and I believe supporting them and the rest of the community in their fight for equality is significant,” she says. She was thrilled to walk alongside Bow Valley College President and CEO Laura Jo Gunter. “I also loved marching with all of the staff and students that participated. I was able to meet new people and reconnect with people that I have not seen in quite a while.” She was also impressed by the number of people lining the parade route cheering on the parade.

She adds “I can’t wait for next year.” 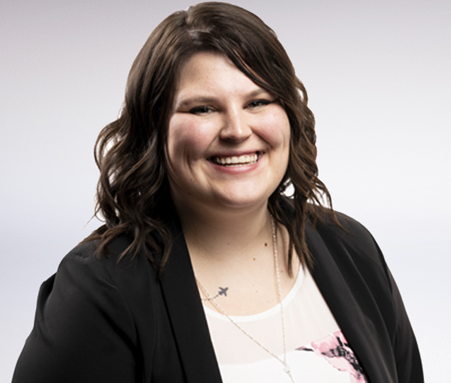 Welcome to our revised edition of Alumni CONNECTIONS - an e-newsletter for the Bow Valley College alumni community.