As a psychology instructor and mental health advocate, Marcus Jannesson’s influence goes beyond the classroom.

Before moving back to Canada in 2009, he worked in Sweden as a psychology instructor, which involved facilitating training for senior police officers. Now, he draws on this experience to illustrate concepts as a psychology instructor in the School of Community Studies. “Many of my learners find it very fascinating that I was a facilitator for police officers,” says Marcus of his experience at Bow Valley College.

Marcus holds a master’s degree in psychology from Växjö University in Sweden. After graduating, he taught psychology at the same university for four years in the psychology department, in addition to the police officer program. With the senior police officers, he co-facilitated simulated scenarios involving cases such as domestic violence, crisis intervention, and tactical engagement, emphasizing the importance of communication and psychology in every interaction.

He began teaching Introduction to Psychology at Bow Valley College in 2011, when he returned to Calgary to live for a second time (the first time was in 2004 to study at the University of Calgary). He teaches learners in the disability studies, addiction studies, justice studies, social work, open studies, and practical nurse programs. Marcus has also taught a course on interpersonal relationships. “A number of learners have approached me, during the class and after it was over, to say that what I taught them in class has helped them connect and communicate better with their partner.”

Marcus has a reputation for making strong connections with learners in the classroom and in online classes too. “I am always trying to find new ways to engage online learners, to create a feeling in the online classroom as it would be in the face-to-face classroom,” he says.

Marcus is passionate not only about his instructional work but about his role as a mental health advocate. Over the years, he has found himself in situations where he supported learners who are struggling with mental health and suicidal ideations, connecting them with counselling at Learner Success Services.

Marcus is also a trainer in SafeTALK and ASIST (Applied Suicide Intervention Skills Training). He is honoured to facilitate these sessions on suicide awareness and suicide intervention, knowing all too well how important this is.

In his down time, Marcus is an advocate for rabbit welfare. He supports and volunteers for Against All Odds Rabbit Rescue. He has three adopted rabbits at home, and values being a voice for the voiceless. 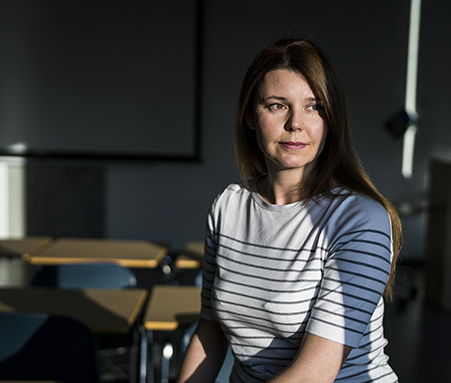 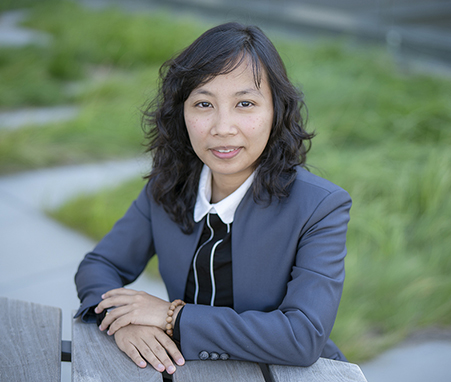 Trinh Tran never imagined a career in Insurance and Risk Management and she loves it!