Our Stories / Q&A with Jenny Weiss, an advisory board member of the Centre for Entertainment Arts

Q&A with Jenny Weiss, an advisory board member of the Centre for Entertainment Arts

Gender diversity in the entertainment arts makes a better product.

Jenny Weiss went on maternity leave in March. She was promoted in June.

The senior director of product development at Electronic Arts, a global video game company with studios in Vancouver, and Centre for Entertainment Arts advisory board member calls her promotion "incredible" considering she was on leave. "The company still promoted me for my performance, which feels just fantastic," she says.

What's more, Jenny — a 20-year industry veteran who has worked on Avengers: Age of Ultron, Star Wars: Episode VII – The Force Awakens, and Pacific Rim in visual effects, computer graphic animation, and now gaming — says she feels very safe and comfortable taking her leave because the industry supports people caring for their families. But she's not sure how she would have felt about it many years ago when she was starting out. That's because traditionally, according to her, the entertainment arts were male-dominated and not often made up of diverse and inclusive cultures. However, Jenny says thanks to very intentional efforts of companies, leaders, and the industry, gender is now much more balanced.

We chatted with Jenny about this progress, focusing on the gaming industry, where she has spent the last six years of her career.

Q: What made you decide to pursue a career in the entertainment arts?

A: I'd always been interested in movies and art and, as a child, loved going to the movies with my family. In college, I was studying sociology and psychology, but I'd also dabbled in visual arts, film, photography, and media studies. I remember going to the movies and seeing films like The Matrix, What Dreams May Come, Jurassic Park, those really interesting movies that were breaking the mould of what was possible visually and doing visual effects in entirely new ways. I remember thinking, "That's pretty cool."

To converge storytelling with these visual wow moments just seemed so exciting. So, when I graduated from university with a degree in sociology, I decided to branch out. I decided to pursue a career in entertainment because it just seemed really exciting. There seemed to be a lot of opportunity. And it just felt like what I wanted to do.

Q: How in your view have the entertainment arts evolved from being largely male-dominated in the past 20 years?

A: There have been many times when I've been the only woman in a meeting, and thankfully, over many years, things have changed. The industry has made a very conscious effort to evolve that and to be very mindful of recruiting, retaining, and growing more women so that we do get much better gender balance in our companies. A lot of it is because it's the right thing to do, and we know it reflects a much better culture. But we also know that it makes a better product. When you have more representation at the table and on the development side, you're automatically creating a more inclusive, well-rounded product that will appeal to more people, attract more players, more consumers who identify with the product.

Q: What advice do you have for women entering the field?

That's not at all true. We don't want people to feel like there's a cookie-cutter expectation of what you should be. You should authentically be yourself and be contributing your own unique ideas and contributions to a company.

Also, set goals for yourself and go after them. Because now is the time more than ever that we have a very inclusive and open opportunity for so many different ideas to be put forward that people should certainly be going after it. To bring what you uniquely have to the table is what people are really looking for and what will help opportunities come your way.

Q: Are there any mentorship opportunities for women in the entertainment arts you would recommend?

A: The Women in Animation (WIA) organization, it's a fantastic organization. I was on the board of the Vancouver chapter for a few years when we launched in that location. It's a global organization that does really great work. Their mission is to have the full animation industry benefits be enjoyed by all those who contribute across all gender identities. But specifically, one of their prevailing targets has been to get 50/50 by 2025. So, we're looking to completely evolve the industry across animation, film, visual effects, TV, gaming, episodics, any kind of entertainment art company we're hoping will embrace our mission of having gender parity. They have a mentorship program specifically across WIA, so I would highly recommend that program.

Q: Are there any myths about the entertainment arts and gender you'd like to dispel?

A: I think one thing that people seem to think, especially for gaming since I've spent a decade in that industry, is that gaming is male-dominated and that only guys play games, which is totally not true. We have so much consumer insight into our player base. And we know that about 40 to 45 per cent of them are actually women, and that they play games across many genres. If not more. I think once we started to see that data, it really, again, helped transform the business focus along with a culture focus of recognizing we need more diversity at the table. We need more people developing these products that are of different and diverse backgrounds to truly make our best entertainment experiences. 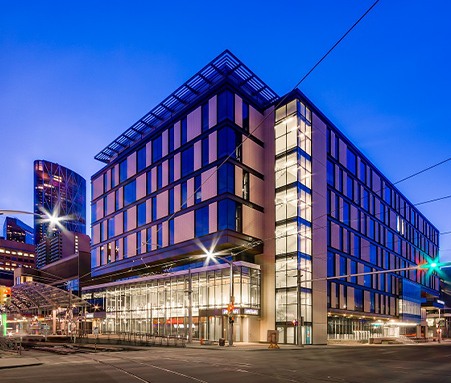 We have an important update about our plan to return to in-person learning.