Our Stories / What's in a name?

What's in a name?

An Îyârhe history of our namesake, the Bow Valley

Thank you to https://banff.ca/1103/Indigenous-Peoples and https://www.mdbighorn.ca for the privilege to receive the knowledge contained in this article.

The name Bow Valley College is only 23 years old — it was changed from Alberta Vocational Centre in 1998 through a contest that asked employees to submit their suggestions. But the Bow Valley itself has been a place where Canada’s First Peoples lived and visited for more than 10,000 years.

With schools reflecting on changing their name due to their namesake’s legacy as architects of Canada’s residential school system (for example, Ryerson University in Toronto, Bishop Grandin High School here in Calgary); others having already changed their name (Langevin School recently became Riverside School), and the Toronto District School Board conducting a city-wide review of all school names “to better reflect the diversity of the city,” and on National Indigenous Peoples Day, we wanted to reflect on the history of our own school’s name.

The Bow Valley is located on the Bow River. The name “Bow” refers to the reeds that grew on the banks of the river, which Indigenous Peoples used to make bows. There are eight Stoney Nakoda story signs around the region that were erected as a joint Canada 150 project between the Chiniki Elders Advisory Council and the Municipal District of Bighorn.

Each of the signs tells a story from the Îyârhe, which means “mountain people.” They are a branch of the Sioux/Dakota/Lakota/Nakoda people, who are now called the Stoney Nakoda Nation. Read on to find out more about the Îyârhe historical significance of the location where each sign resides.

Ozîja Baha/Bear Hill: Situated about 45 minutes west of Calgary, this is the entry point to the Stoney Nakoda Nation Territory.

“The traditional Îyârhe territory covers a large area of southern Alberta, primarily along the foothills, mountains, and the continental divide, extending in all directions for trade with others,” says the plaque.

The Îyârhe consider all parts of nature to be sacred. The name Stoney came from others who saw their people cooking with hot stones.

This area is named Ozîja Baha, which translates to “Bear Hill.” It is a sacred hill for the Stoney Nakoda because of the grizzly, black, and brown bears that inhabit the area.

Chief John Chiniquay’s home: This story sign is in the Chiniki Cultural Centre at the Trans-Canada Highway and Chiniki Lake Road. The site was the home of Chief John Chiniquay. Born in 1834, Chiniquay was a proven peacemaker and leader in the Stoney camps.

Chiniquay was one of the three Stoney chiefs to sign Treaty Seven at Blackfoot crossing in 1877. The other Nations to sign the treaty were the Blackfoot, Blood, Peigan, and Sarcee. “The chiefs could not read what they were signing, and their understanding of what was agreed to was not the same as what was written down at the time,” the sign says.

Ozade Îmne/Kananaskis: Located in the Kananaskis Visitor Information Centre at Barrier Lake, this sign tells the story of the valley of Ozade Îmne (which means “V-shaped valley” and “neck of land between two lakes”), which was significant to the Îyârhe Nakoda because it was such a bountiful area to harvest fruit, berries, herbs, fish, and game.

Oya Mnathka/E-Yamnuska: The name “Îyâ Mnathka” means “flat-faced mountain.” This area was the best place for the Îyârhe to hunt kiska — bighorn sheep. There are strong winds at the top, which are a sign of the strong spirits who live there. The sign asks to please show your respect for this living, sacred place as you hike and climb Îyâ Mnathka.

Chânh Pay Oda/Exshaw: In this place, you can find deeply spiritual pictographs drawn by the Îyârhe’s ancestors. Those ancestors used this area as a seasonal camp for hunting, fishing, and collecting medicinal and sacred herbs and berries.

What does the Stoney name for this place, Chânh pay Oda, mean? “Many stumps.” The Stoneys, who harvested Douglas fir trees in the early 1900s, left many stumps. These Stoneys worked at cement plants around Exshaw to harvest the wood and cut it into six-foot lengths. The wood was brought to the plants, where it was used for fuel to heat the rocks which were then crushed to make cement.

Tae Gŭh They Hunch/Dead Man’s Flats: When the Îyârhe’s grandfathers were young, the Tae Guh They Hunch or Dead Man’s Flats area was a major site for hunting. Stoney hunters had used these grounds to find the harvest, game, and ingredients for medicine to keep their Nation safe, healthy, and well-fed.

The chaba (beaver) is very important to Stoney culture and is a key ingredient in many medicines. It was used for drums and for food. In accordance with traditions, out of respect for animal spirits, the Stoney didn’t waste any parts.

Tînda Mîmun/Indian Flats: Located 400 metres east of Elk Run Boulevard on Indian Flats Road, the Îyârhe Nakoda used this area as a camping site on their annual seasonal journey between the Morley and Jasper areas. Tînda Mîmun translates to “round open meadow (comfortable for camping).”

In 1889, due to a rockslide blocking the Canadian Pacific Railway, Banff Springs Hotel guests couldn’t leave the area for many days. The Stoneys were asked to entertain the guests with their competitions. It was supposed to be a one-time event, but it turned into the annual Banff Indian Days. The event continued until 1978. In 2004, the Stoneys started rekindling those annual celebrations, and the event continues to this day as an opportunity for Nakoda youth to learn more about their heritage.

When the Stoney peoples’ grandfathers were young, this area was a prime camping site. During a disagreement with a rival tribe, one night, four braves broke into a Stoney camp and stole four horses. As the thieves were leaving, the Stoneys noticed them and tried to pursue them, but because they didn’t have time to climb onto their horses, they were on foot and shooting in the dark. “A Stoney brave hit an intruder near the shiny part of his saddle,” says the sign.

In the morning, they learned they had shot a little spruce tree and not an intruder — hence the area’s name.

As this is the history of just one branch of the Stoney Nakoda Nation, we as a College look forward to learning about the origin of other branches and Nations who for thousands of years occupied the regions where our campuses lie. Bow Valley College is working towards Truth and Reconciliation through our Indigenization Strategy. Today, join us in celebrating cultures, honouring traditions, and sharing the knowledge of Indigenous Peoples’ past with future generations. 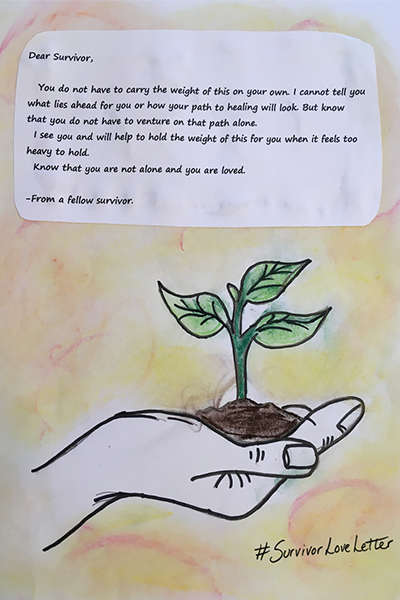 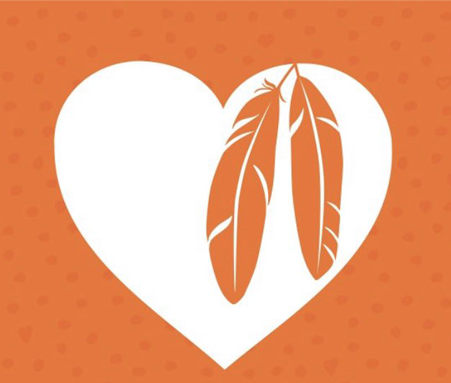