Our Stories / Q&A with Melissa Best, a leader at the Centre for Entertainment Arts

Q&A with Melissa Best, a leader at the Centre for Entertainment Arts

Melissa Best started from a high school animation classroom in Winnipeg, where she was told to “Leave.”

“You’re not qualified to be here,” said her teacher.

Everyone else in the class had taken computer science before. Melissa was also one of only two women.

She didn’t let that teacher get her down. Melissa is now head of the School for Visual Effects and Animation at the Centre for Entertainment Arts, Bow Valley College’s newly opening creative arm.. Over the past 20 years, she has pursued a successful career in visual effects compositing and instructing, which includes working on The Imaginarium of Doctor Parnassus — Heath Ledger’s last film — opening studios in India, and working on the team that won an Emmy for an episode of Battlestar Galactica.

We chatted with Melissa about gender diversity in the entertainment arts. Here are some highlights from our conversation.

Q: Are the entertainment arts male-dominated?

A: For sure. The split with our students right now is about 35 per cent female versus 65 per cent male. I think that reflects very much in the industry. It really depends on the role. The production and management sides of things, like dealing with the client, are more female dominated or at least a 50/50 split. But when it comes to the art side, particularly for more of the technical roles, it is primarily male-dominated.

Q: What advice do you have for women and gender diverse people entering the field?

A: Just go for it. You are just as capable, you are just as talented. The opportunities are there. The industry wants to see diversity because that adds to the stories. If you have the same group of people, your stories or your skills don't grow. The more people you infuse into the workflow, the more backgrounds, experiences, cultures, and beliefs — it enhances the entire industry.

Q: What are the challenges of working in a traditionally male field, like the entertainment arts?

A: It can be intimidating. How do you break into that guy clique? How do you relate to the guys’ jokes? I was incredibly shy until I went into more of supervisory role. It depends on everybody's personality. Some people are really outgoing, and they might not have that issue. But if you can do the work, you're qualified. So, if anything, it's more the social aspect that can be a little bit intimidating. But again, the studios are doing stuff like sports teams, events in the studio, and team-building exercises to break down those barriers to make sure that everybody feels very included.

Q: How do you think you crossed that bridge into management?

A: I would just sit at my desk with my headphones on and I just worked, worked, worked. I was at one new studio and as we expanded, they gave me a mentor. He had worked on one of the first Star Wars. He was an assistant art director to George Lucas. We would meet: him, myself, and other senior artists a couple times throughout the year.

One day he made me think very differently, very outside the box. He sat us down and he said, “You're in this role right now. There's this other role. Do you think it can do it?”

And I just said, “Yeah. Of course, I can do it. I've been doing it this whole time.”

He was the one that propelled me forward and put me into a supervisory role later, a role to head a department. And it just helped me to get my confidence up. I knew I could do it all along. But he gave me the confidence to say, “Decide for yourself. And if you want it, it's yours.”

I very much try to instill this within the students as well. What is very different about CEA is that all the instructors go above and beyond to help the students reach their potential.

Q: Are there any myths about the entertainment arts and gender that you'd like to dispel?

A: I think a lot of times women will think that they don't deserve as high of a salary. And they're equally deserving for that same role. Sometimes women are very intimidated to apply for more senior roles or they don't speak up when the opportunity is right there. I think that those are some of the things that are not necessarily myths, but things that can hold us back. Maybe it's just thinking that companies are more old school when they're really not.

Q: Is there anything else you’d like to add?

A: For any future students, I would say, just go for it. We've built really, really great programs. It's cutting edge. We've brought in the best of the industry to write the curriculum and the programs. Artists are getting work, which proves that those programs and that material are successful. And I think that future students can do really great things.

Q: How did that high school course turn out?

A: I walked out with the second highest mark.

Be the next Melissa Best. Apply to the Centre for Entertainment Arts today. 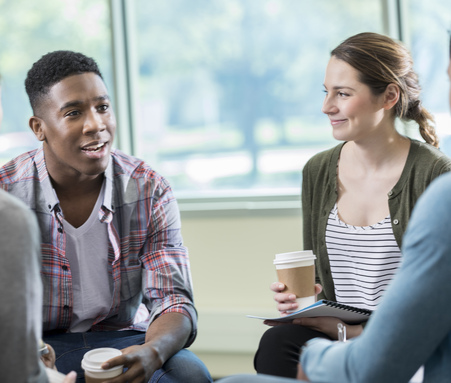 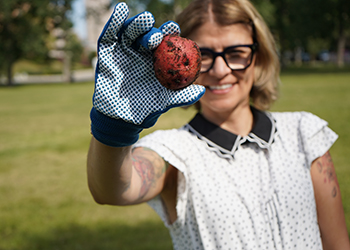