Our Stories / With focus comes excellence

Last term, first-year learner Patrick Belcourt was involved in the students’ association (SABVC). He was volunteering a lot. He gave a talk on parenting at the Intercultural Centre. That’s in addition to managing his workload in his Addiction Studies Aboriginal Focus Diploma.

By late September, he realized he was taking on too much. “Initially, it was a bit of culture shock,” says Patrick, who was in his first term at the time. “Maybe I got a little overwhelmed by the whole college overall.”

For SABVC, though, he had done some research on RISE: Reaching for Individual Success Every Day, a program that helps learners address difficulties that might put their academic or personal success at risk. He requested an appointment with a learner success advisor, the first step required to sign up for RISE.

“I realized that I needed to use those resources that the RISE program presented me,” says Patrick.

He had also been struggling with his assignments and with grasping APA style.

RISE helped him navigate what resources are available to learners at Bow Valley College for physical, emotional, financial, and academic well-being. Examples of resources include doctor referrals, counselling, child care, income support, and academic support. After meeting with his learner success advisor, Patrick was referred to counselling. Through the conversations he had in counselling, he learned he needed to spend more time doing the things that make him feel good. For him, it’s listening to punk rock, reading anime, and using 7 Cups, an online therapy and counselling tool.

Importantly, through RISE, Patrick realized the importance of his grades coming first. “Then, I think that I was able to move forward,” he says. “RISE set a foundation. Now, I'm at a whole new level with my learning.”

Patrick adds that he has become an advocate for RISE among his friends. If, for example, he sees one of them drinking too many energy drinks, he’ll tell them “You look like you're stressed too. Have you tried the RISE program?”

He also notes that it was common among his first-year friends to access counselling, and eventually, he realized that what he went through is just part of adapting to college. “If I can fight that [mental health] stigma, I think it could change the way people see college,” he says, adding that maybe we need to talk about the challenges of post-secondary school more openly.

At the end of the term, Patrick got an A+ in his Introduction to Addiction Studies course. He was interested in the program because he is a recovering alcoholic and because his family has struggled due to addictions — his cousin passed away from the condition. He also chose the Aboriginal focus because his family is Métis.

When his instructor gave him that final grade, she told him “You’ve found your field.”

If you’re a learner and are struggling personally or academically, refer yourself to RISE by visiting the RISE page on our website and clicking on the referral form button. If you’re an instructor, you can do the same to refer a learner.

The RISE program is generously supported by David and Leslie Bissett through the United Way of Calgary and Area. 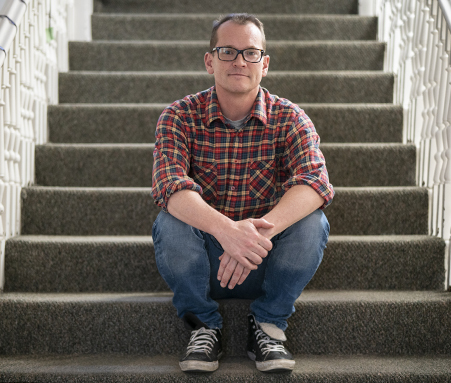 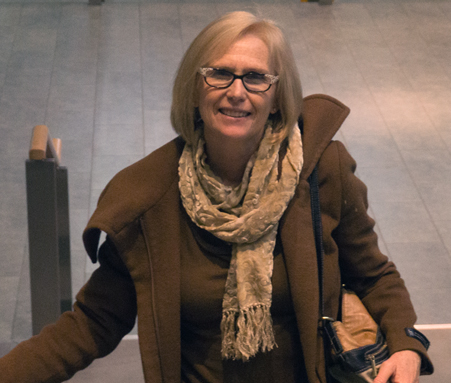 Frances Jablonca recognizes the need Deaf learners have for financial supports among other accommodations to help them succeed at school.