This year’s Black History Month event will discuss the realities of black women in today’s society.

Two years ago, learner Mariama Diallo was reading a book with her LINC class, and the book was set in Botswana. During the discussion, Mariama shared that when she was a child, she remembers seeing her grandmother make a fire in her home in Senegal to warm up on cold nights. Mariama’s classmates were very surprised. They thought Africa was too hot to ever get cold. But as they continued the book, Mariama says her classmates started to view Africans differently.

“[One of my classmates] said ‘Where is your country? Can you show me on the map,’” says Mariama. “I showed her the map, I told her about the country, how many languages we speak. It was a very teachable moment.”

Mariama hopes there will be many more teachable moments at next week’s Cultural Insights: Black History Month: A Woman’s Perspective, a roundtable conversation in which Mariama will be participating. At the event, members of the Bow Valley College community and beyond will discuss the realities of black women in a Black Lives Matter-influenced society. The other speakers will be Rennais Gayle, an instructor in the School of Global Access; Moji Tawo, author of I Give Because I’m Blessed — I’m Blessed Because I Give; Cynthia Okafor, a social worker and makeup artist; and Nemi Boyo, an author and poet. Mariama is the only learner who will be on the panel.

Tahira Ebrahim, centre liaison officer at the Intercultural Centre, in the School of Global Access, says a Black Lives Matter-influenced society means looking at the realities of the black community in North America, unpacking the lens of our colonial history, and understanding that that history has very real systemic implications for people's lives today.

She adds that in previous years, the panelists for the Intercultural Centre’s Black History Month events were predominantly male, and this year, the team wanted to include female perspectives. “We were working with so many strong, brilliant black women within the work that we were doing at the Intercultural Centre,” she says. “They had fascinating stories and we thought it would be quite powerful to have them all together.”

Mariama says that it’s important for her peers to attend so they can educate themselves and hear from the black women in our community rather than relying on representations of black women in the media as those can be stereotypes. Tahira adds by attending the event, learners and staff can gain an appreciation for black history within Alberta, draw connections between this history and members of the community, and hear from voices that they may not have heard from before. “It’s about exposing College members to a wider variety of lived experiences because all five women have very distinct backgrounds,” she adds. 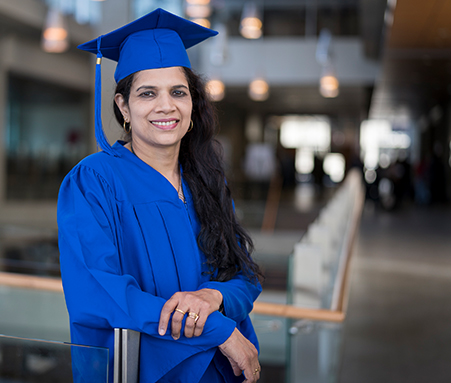 This morning, the Registrar’s Kanchana Amararajan will receive her Business Administration Diploma. 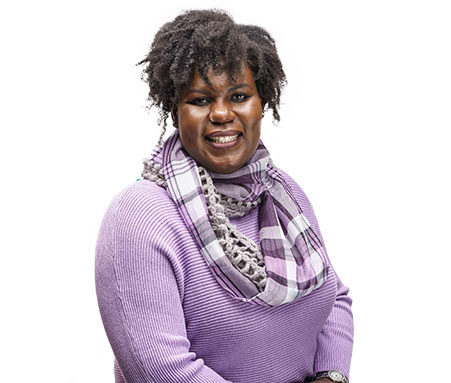