Our Stories / A balancing act

Mariah Flynn didn’t let having a baby stop her from finishing her diploma on time.

In July of 2017, Mariah Flynn’s impeding assignment deadline was interrupted by an unexpected event: the early arrival of her son.

The Practical Nurse Diploma learner at the Airdrie Campus had gotten pregnant the previous October, a month after starting school. “I had a two-year-old daughter. My husband and I wanted to have our kids close together,” says Mariah. “I wanted a baby so bad, I had thought, I'll be able to do school and have a family life.”

School did start to get more difficult than she had anticipated, and she developed bad morning sickness, but Mariah says being in a regional program made it a lot more manageable. She didn’t have to drive to class; she could log into Adobe Connect from home and participate remotely.

Mariah passed all her first-year classes. Her program had the summer off, but because she’d have her baby by the fall, she took some classes during the Summer term to lighten her Fall one.

But to Mariah’s surprise, her son Leo, came early, on July 7. “[I] was induced because I had a lot of complications,” she says.

Still, Mariah realized the importance of an assignment she had to submit in two days. “I still wanted to be able to do the project.”

She emailed her instructor to tell him she was in labour. “He was really nice about making sure that I had enough time [to do the assignment]. It was very nice to go through that and have somebody supporting.”

But even with the extra time, Mariah got some homework done in the hospital while she was waiting for her labour to come on.

And when Leo was born, she continued to come up with innovative hacks to balance her two priorities. For example, she’d bring both Leo and her cousin to her simulation labs; her cousin would watch Leo in the common area while Mariah did her lab, and she’d take breaks to nurse him. “So that was a little challenging,” she laughs.

Mariah graduated in July 2018 — as planned when she started her diploma. Now, she is working in acute care in Olds, where she lives. “I love it,” she says of her job. “It is always exciting. With rural nursing, you get to experience a little bit of everything.” 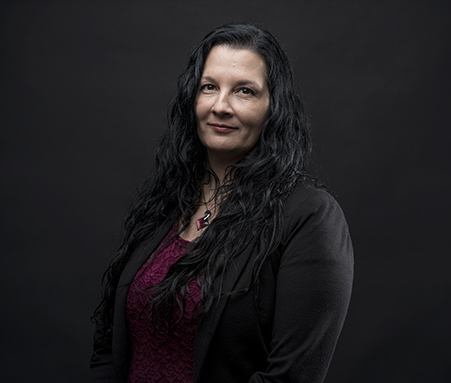 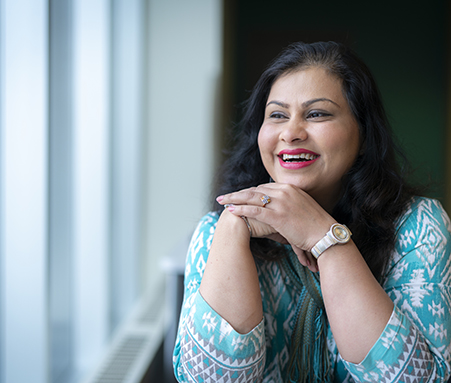 Raising the impact of Indigenous culture for all English Language Learners.