Our Stories / Lest we forget

“Remembrance Day is about knowing about the ordinary people, past and present, that are put into such extraordinary circumstances.”

That’s what Lieutenant-Commander Steven Perron (retired) realized when he visited a museum exhibit devoted to a Newfoundland regiment that was decimated in World War One. “What made it so impactful was the focus on the people – not the battles – and it put a human face on the soldiers, sailors, airmen, and their families and friends,” says Lieutenant-Commander Perron. 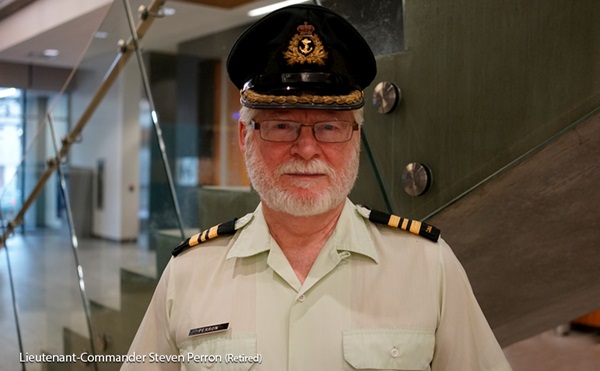 An educational counsellor at Bow Valley College, Lieutenant-Commander Perron was at the museum in St. John’s for the 45th reunion of his naval officers. He served in the Canadian Armed Forces naval reserves from 1971 to 1986. He first trained at HMCS Tecumseh in Calgary, and was then posted to naval bases in Halifax, Nova Scotia, and Esquimalt, British Columbia, where he would do practical training and go to sea. At sea, he would do rescue missions and coastal patrol, which included keeping foreign vessels out of Canadian waters. He trained primarily in ship handling, navigation, and leadership to become the captain of a naval ship.

Major Kenn Nixon (retired) is also a College employee who was a member of the Canadian Armed Forces. An instructor in healthcare administration in the Chiu School of Business, he served from 1965 to 1996, and was in the Army and the Air Force, serving in Syria, Europe, and in the Gulf War. After leaving the forces, he coached air cadets for ten years. 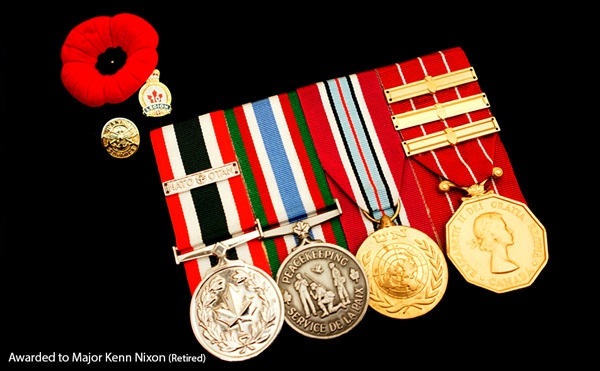 With regards to Remembrance Day, Major Nixon notes that by the 1990s, it had become difficult for young people to remember. Most World War One veterans had passed away, and World War Two veterans were getting older. However, during that decade, as veterans started  returning from Bosnia and Herzegovina with terrible wounds and post-traumatic stress disorder, people started taking notice again.

There are a few things you can do to take notice and gain a better understanding of what the Armed Forces do. Lieutenant-Commander Perron suggests speaking to people in the forces. You can find them at a Remembrance Day ceremony, at recruiting offices, at reserve bases – or here. “We’ve got heroes right here at the College,” says Major Nixon, referring to those who fought in Canada’s most recent conflict in Afghanistan.

Lieutenant-Commander Perron adds that “it’s incumbent on both the civilian population to be curious, and the Armed Forces to be communicative.”

To find out about the Remembrance Day services taking place throughout Calgary this November 11, click here. 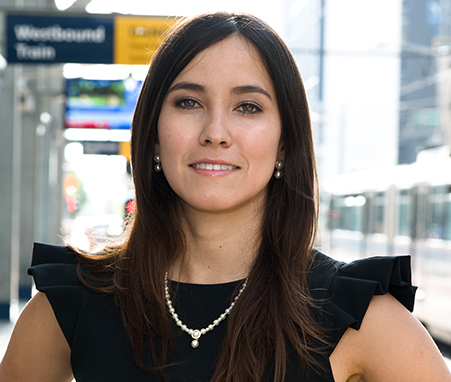 Professional Engineer, Andrea Noriega Wandurraga, learns the fundamentals of business to progress her dream in establishing a consultancy firm in the energy sector. 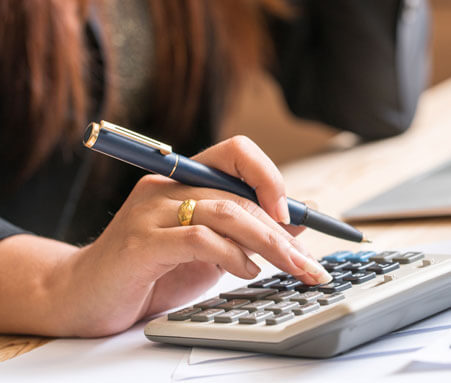